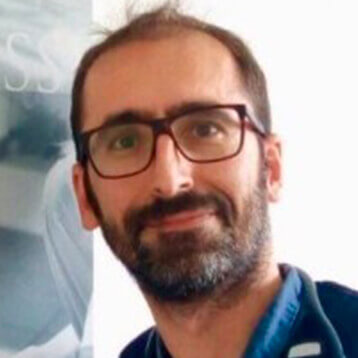 Fabio graduated in Veterinary Medicine from the University of Bari, Italy in 2003.

From 2013 to 2017 Fabio worked as consultant in small animal internal medicine and gastroenterology in a referral hospital in Winchester, UK. From September 2017 Fabio heads the Internal Medicine Service of the Ospedale Veterinario I Portoni Rossi a referral hospital in Bologna, Italy where is also responsible of the ECVIM residency program in Internal Medicine and the rotational internship program.

Fabio is first author and co-author of publications in peer reviewed journals. He is director and co-director of several national and international seminars and courses for general practitioners in small animal internal medicine and gastroenterology.